I’ve been with Chad for seven years now. We go way back in college, and we had our future all planned. I’m an interior designer, and he’s a freelance computer programmer. Lately, I feel stuck, and I feel like we’re not growing anymore.

I’m not sure if it’s me, but whenever I ask him about his plans, he would look at me puzzled. It’s as if I’m asking a silly question. I just need him to keep up his pace because I got so much fire in me that I think I’m going to lose my mind! I didn’t realize this could turn out to be stressful. We used to be happy, but now, I cannot focus on what I’m supposed to do. I’m confused. I think I just want us to go separate ways.

My friend started to worry about me, and she felt like she had to do something. She told me to see her therapist as he could be a big help with my situation, so I did.

On my way to the therapist, I was thinking about how it will go. I imagined I would meet the therapist and he would ask me how I feel and would start to tell me things I should be doing. So I had second thoughts. Maybe going to a therapist is a bad idea after all. I already know what I want, and I don’t need a stranger telling me how to deal with my problem. I thought about backing out, but I was finally there.

Our therapy began, and how I thought things would go didn’t happen. I was surprised because the therapist got to me, and I didn’t have to talk so much about how things were.

“Picture yourself with Chad. Describe how you see your relationship with him.”

“We’re dancing, but the music is fading.”

“Why do you think the music is fading?” my therapist asked.

“He keeps on playing our music, the same music over again, and I want a new one. We’re both going to different directions, and we’re stepping on each other’s foot. I’m tired, and we need to stop.”

“So, you’re not going to dance anymore?” he asked.

He then asked me again. “Picture yourself with Chad. The music stopped, and he let go of you. He’s heading to the exit door so that you could dance alone.”

For a moment, I was silent. Then, I felt scared of the thought. I realized I couldn’t. Chad is maybe slowing me down, but we’re partners. I couldn’t leave him just because his pace is slower than mine. I haven’t even tried to teach him my tempo, and I’m already giving up. How selfish of me!

That was the most powerful 10-minute conversation of my life. It made me realize my reality by using a fantasy. My therapist used metaphor therapy to help me describe my situation. Subconsciously, it made me realize what matters to me the most.

I came home that day with a clear head. I know it’s going to be a lot of work, but I’m willing to go through it to still be able to dance with Chad. 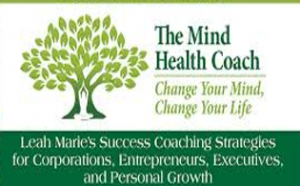